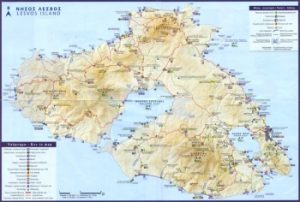 Working with Crisis Aid, I travelled to the island of Lesvos with 5 vans full of food, camping equipment, clothes and medicine with the intent of distributing the aid to refugees within camps dotted along the island. Lesvos is a Greek island situated between Turkey and Greece and acts a hub for refugees entering Europe.

Each day we witnessed at least 20 inflatable boats arriving, carrying a minimum of 30 people within the 3 mile area we patrolled. The boats were hardly fit for purpose and in some cases leaking. The men, women and children on these boats varied from numerous war torn countries including Syria, Iraq, Afghanistan and Sudan, having been smuggled at a cost of around 800 dollars per person. The journey itself across this water is perilous, with steering delegated to the refugees themselves, limited fuel and in some cases rough waters often cause people to go over-board. We came across many cases where people had lost loved ones to the undisturbed sea.

It became evident to me after handling several boats that the passengers had no idea whether they would reach the shore, and it was on that basis that they embarked upon this precarious journey. This was demonstrated in the sheer relief visible from their demeanour, one sight that will certainly stay with me for life, was a mother and daughter fiercely clutching one another and crying, oblivious to all that surrounded them. For that moment at least, they felt a sense of relief, perhaps even happiness. And then, reality kicks in as we usher them into the vehicle to transport them to the camps, a long journey remains.

Starting at 5am each day, we travelled up the shoreline, pulling out refugees from the water and providing them with blankets, warm socks, food and water. Cold and tired, we then transported them to a local camp where they would be registered and then re-located to camps affiliated with their country of origin. Although many of these families have hopes of a final destination, they have no idea of the time and steps it takes to get there. After dropping one Iraqi family off to the camp, I asked them if they wanted a tent and sleeping bag; they looked puzzled, they had no idea that they would be stuck in the camp for such a long time.

The key distinctions between camps are those for Syrian and those for Non-Syrians. This was largely associated with influence and support the UN could provide.
Moria is a non-Syrian camp located on the south-east of the island; it is known as the worst refugee camp in all of Europe. Here, men, women and children live in a slum like environment with food and shelter provided only by small aid agencies. Come nightfall, without UN support, a lack of policing will lead to theft, rape and violence for those in this desperate situation.

We concentrated our aid distribution to Moria. It was clear from the moment our un-marked vans entered the camps; the sense of desperation evident in its people. Within a few minutes, we had gained enough attention for people to start lining up behind the van waiting for aid. It took about 20mins for a small riot to ensue when we hadn’t opened the doors. Chaos is inevitable when expectation is allowed to linger.

We took control of the situation, delegating roles to English speaking refugees to help communicate with others. Bonding and passing responsibility to these eager workers was invaluable in maintaining order and building relationships with the people of the camp. Queues were formed as far as the eye could see, split between men and then women and children.

As the days longed and the waiting continued, refugees became tired and restless. Queue jumping and arguing quickly followed. Implementing fairness in an unfair environment was indeed a challenging endeavour. Some examples include women with children who queue for hours only to find that we had run out of food, single men who were neglected purely because their needs were less important than families.

The way in which such mundane items such as tarpaulin sheets were utilised immediately portrayed the desperation of these people. As a I stood taking in the horrifying environment a young Afghani boy walks up to me and asks me if I can get him and his family out of this place. I stand there speechless, knowing there’s nothing I can do to fix the inherent politics that place him here. All I can do is take a photo.

The 3 days I spent on this island was one of the most intensive experiences of my life. Not just for the suffering and hardship I saw or the cold unfairness evident from geopolitics that has created it. It was the push, the drive that breaks your body and mind as you attempt to help so many with so little. For me, this is a reminder that my responsibility is to inform and share. So we as a society can persuade our governments to use its power and influence to strategize and solve the wider issue. The individual can only firefight.

As we leave Lesvos, we wait at the port. A Kurdish boy comes to my window and we start to talk. I ask him what country he wants to end up in. He says England. Curious, I ask why. He says in England, your government cares, your people have freedom, and you have stability and opportunities. A reminder of a privilege that should be the right of all. More fundamental than this right however should be our gratitude for our many blessings, seeing such hardship should give us perspective in that which we take for granted. The result of which should be increased generosity and empathy for those in such situations. For indeed today it is them, tomorrow it could be us.