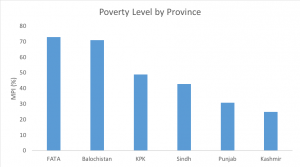 living. There are significant disparities in the level of poverty between provinces in Pakistan (Table 1). The starkest differences exist between urban and rural areas: a 2016 government report compiled with the UK’s University of Oxford found poverty in urban areas was 9.3% compared to 54.6% in rural areas.

The Federally Administered Tribal Areas; KPK: Khyber Pakhtunkhwa (formerly known as North-West Frontier Province).
The poverty levels are worsened by other factors. Pakistan is at high risk of natural disasters, with the 2005 earthquake and the 2010 floods particularly etched on the national conscience. In fact, nearly 3 million people are affected by disasters in Pakistan each year. The annual economic impact of floods is estimated to be equivalent to 0.5% to 0.8% of Pakistan’s GDP. The 2010 floods are estimated to have cost more than $15 billion – almost 7% of the national GDP.

Pakistan also hosts the third largest refugee population. There are an estimated 1.6 million refugees in Pakistan, the majority of whom were displaced people due to the war in Afghanistan triggered in 2001.

According to figures from the World bank, the total public health expenditure in Pakistan as percentage of GDP was 0.9% in 2014, 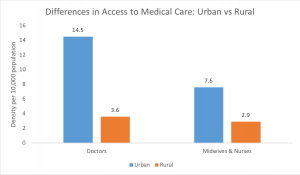 Table 2. Data sourced from WHO: www.who.int/workforcealliance/countries/Pakistan_En.pdf

whilst total health expenditure as percentage of GDP was 2.6%. This is significantly lower than other developing countries.

Child mortality rates are high: 56 babies in every 1,000 die before the end of their first month and one in every 11 children dies before the age of five.
Access to basic healthcare is particularly challenging for communities living in remote, rural areas. There is a dramatic difference in access to healthcare professionals between urban and rural areas (see Table 2).

Women in remote areas often die from preventable problems during pregnancy and childbirth. Lack of neonatal care in many areas means that more than 80% of new-born deaths are due to being born prematurely, complications during birth, or infection. 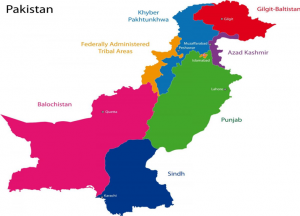 Crisis Aid is working with a well-established charity in Pakistan to bring much needed medical care to remote communities in Pakistan.

Crisis Aid will support the running of primary health clinics in the remote areas in the KPK province (Figure 1). Current clinics are located in the Lakki Marwat and Battagram districts. These clinics consist of a male doctor and a female midwife, and provide free medical care and medicines to poor, rural communities.

Help from Crisis Aid fundraising will also support the building of hospitals in rural locations and the running of specialist day clinics in remote villages.

The impact of prolonged drought in Somalia

The Health Crisis in Yemen