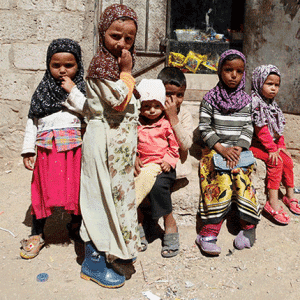 The sheer scale of the need in Yemen is staggering: over 80% of the population – that’s more than 21 million people – are struggling to find enough food and water to survive each day. More than four million people are acutely malnourished, including over a million children. Children suffering from severe acute malnutrition are 10 times more at risk of dying compared to other children. The number of people affected and the level of need make it one of the world’s worst humanitarian crises – yet it is being largely overlooked.